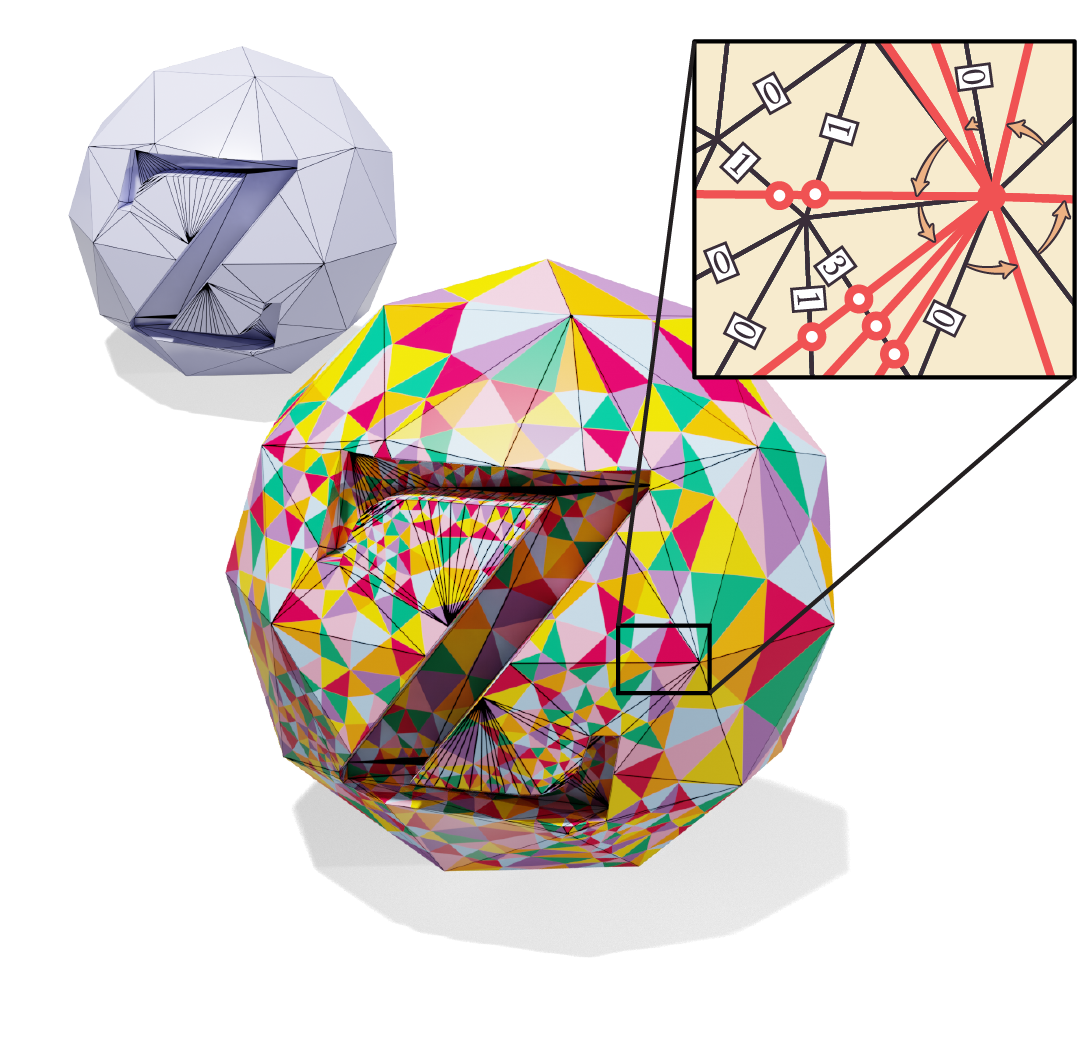 The integer coordinates data structure encodes an intrinsic triangulation using normal coordinates and roundabouts, which are integer values stored on edges. Since it avoids floating point data, this data structure is more robust than signposts, but operations such as vertex insertion can take longer. For more details, see Integer Coordinates for Intrinsic Geometry Processing.

The IntegerCoordinatesIntrinsicTriangulation is one concrete implementation (subclass) of intrinsic triangulations. Most of its functionality is documented there.

The methods equivalentPointOnIntrinsic() and splitEdge() from IntrinsicTriangulation are not yet implemented for the integer coordinates representation. For splitEdge(), an alternate version is provided which returns a vertex instead.